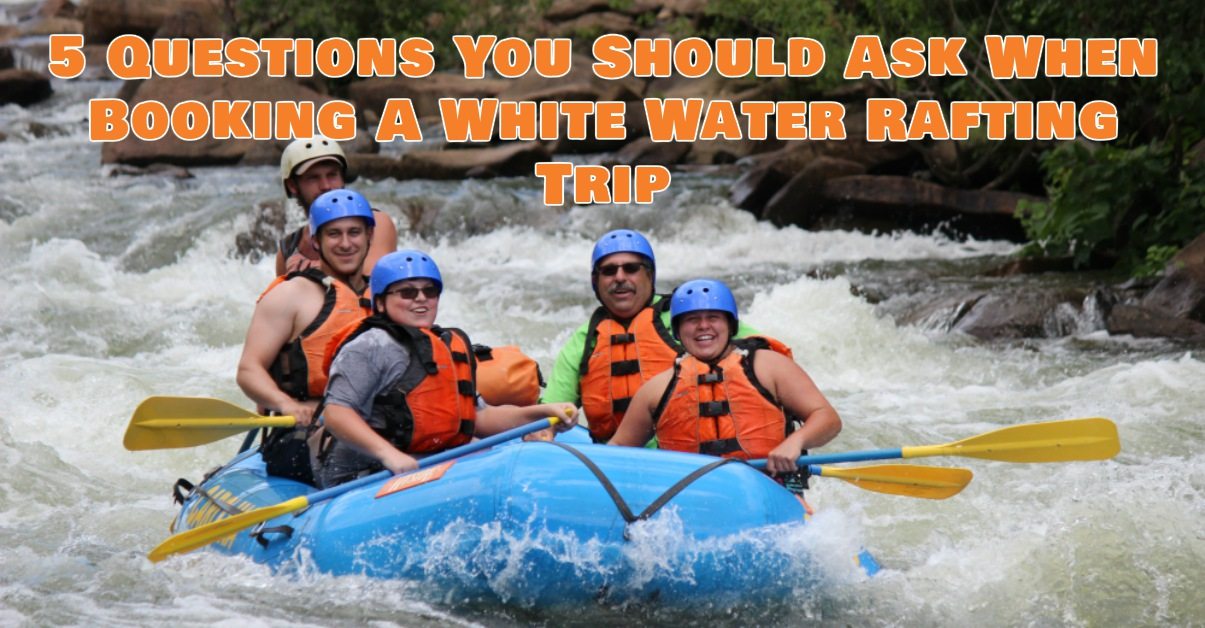 When choosing a rafting company to go rafting with it can be difficult to find any differences between outfitters. Let me tell you though that there is a wide variety of trips that are offered. Not every company puts the same attention to quality, service, experience and safety. So here is a short list of questions you should ask for the answers to when picking a rafting company.

1. HOW MANY ROOKIES DO YOU HAVE THIS SEASON?

What you are wanting to know is how many first year guides does this outfitter have and what are the chances that you will get one of these guides. In our industry this is called the raft guide lottery. You don’t want a new guide learning how to run rapids with you as the guinea pig. There are companies that are mostly new guides and then there are some with none.

2. HOW MUCH TIME ARE WE GOING TO SPEND ON THE RIVER?

This is an important question. On the river that we operate on, the Ocoee River, there are outfitters that give a 45 minute trip and then there are companies that give a 2 hour trip. That can be over a 100% more time on the river. When asking this question you will want to emphasize time on the water and not the whole trip time.

3. HOW FAR IS YOUR OUTPOST FROM THE RIVER?

It is better when an outfitter is close to the river. This gives you a shorter bus ride to the river and allows for more of your trip to be spent on the river. You should look for a company within 10 miles of the river you are rafting. There are companies that have over an hour ride just to get to the river.

4. WILL YOU GET PICTURES OF OUR TRIP AND AT HOW MANY RAPIDS?

Every company should get pictures of you going down the river and if they don’t you should be worried. What you really want to know is about how many pictures and at how many different locations. Also you will want to know if those pictures are going to be available for you to view and purchase when you get back to the outpost.

5. WILL WE GET TO SURF AND PLAY ON THE RIVER?

There are two parts to this question. First does the company allow playing and surfing on the river and second does the company have guides that can play and surf in the rapids. There are outfitters that strictly do not allow anything other than a straight down the river trip. Avoid these companies, there is a lot of fun that can be had in white water and you want to experience all of it. The companies that do allow playing and surfing don’t always have guides that can do it. So what you want to look for is a outfitter that allows playing and that has highly experienced guides.

We hope that this list will help you in finding the best outfitter on the rivers you are hoping to raft. 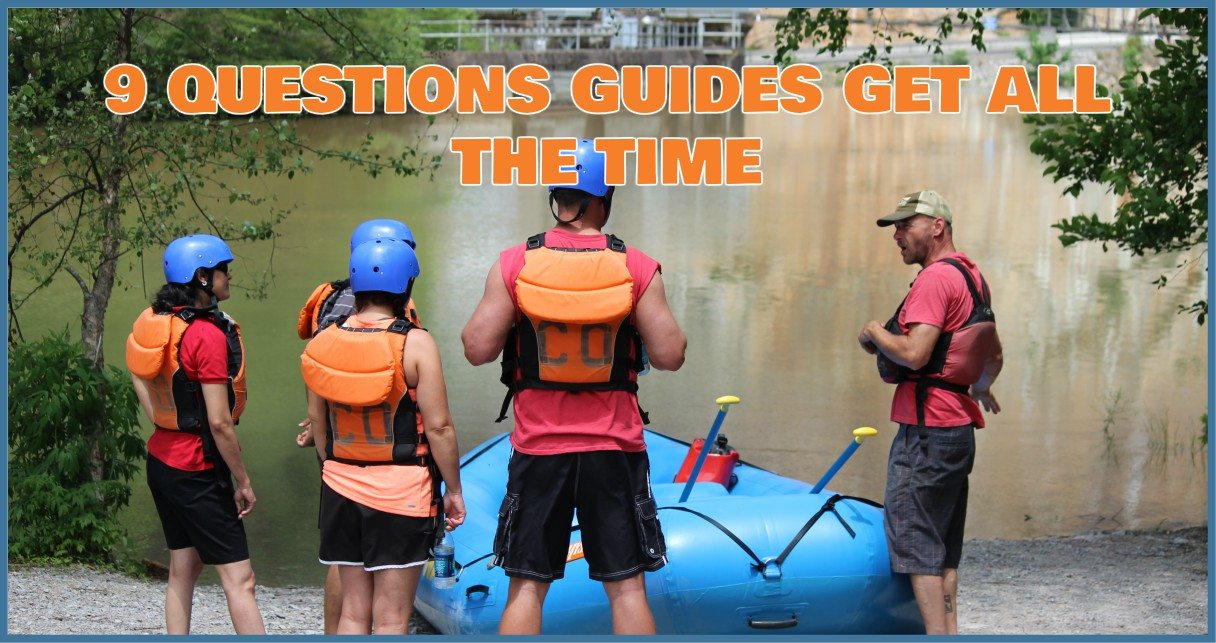 9 Questions River Guides Get All The Time

As guides, we are taking people down the river everyday and most of them have never been rafting before. We get a lot of questions. This is a list of some of the questions we get all the time. Some are pretty funny and some border common sense. 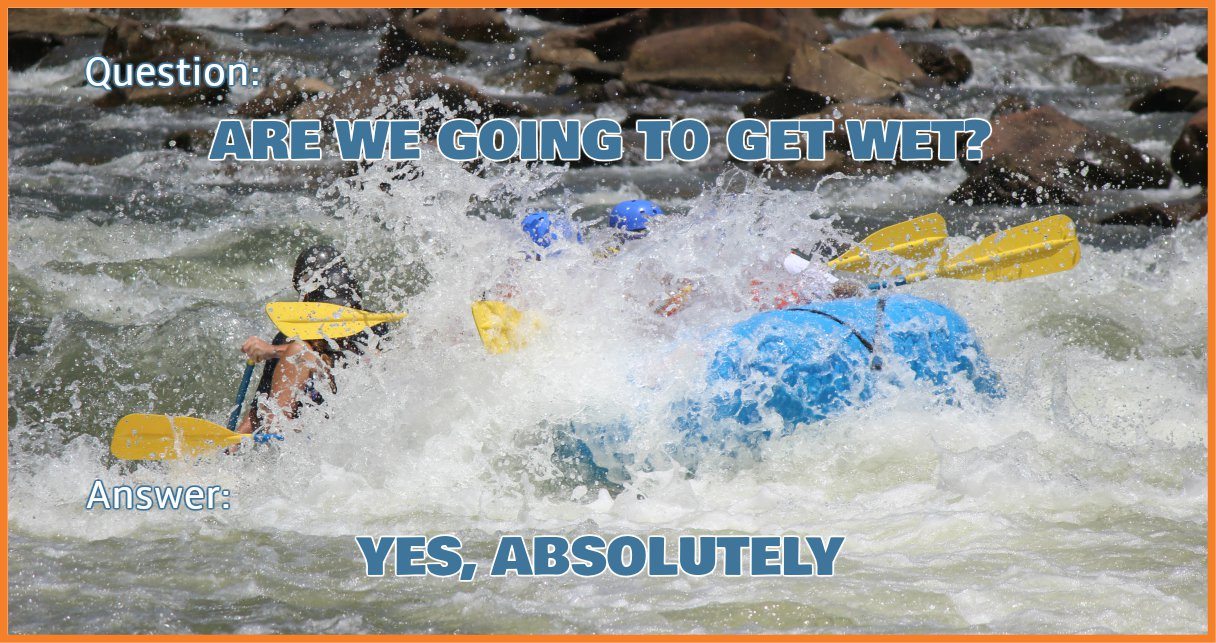 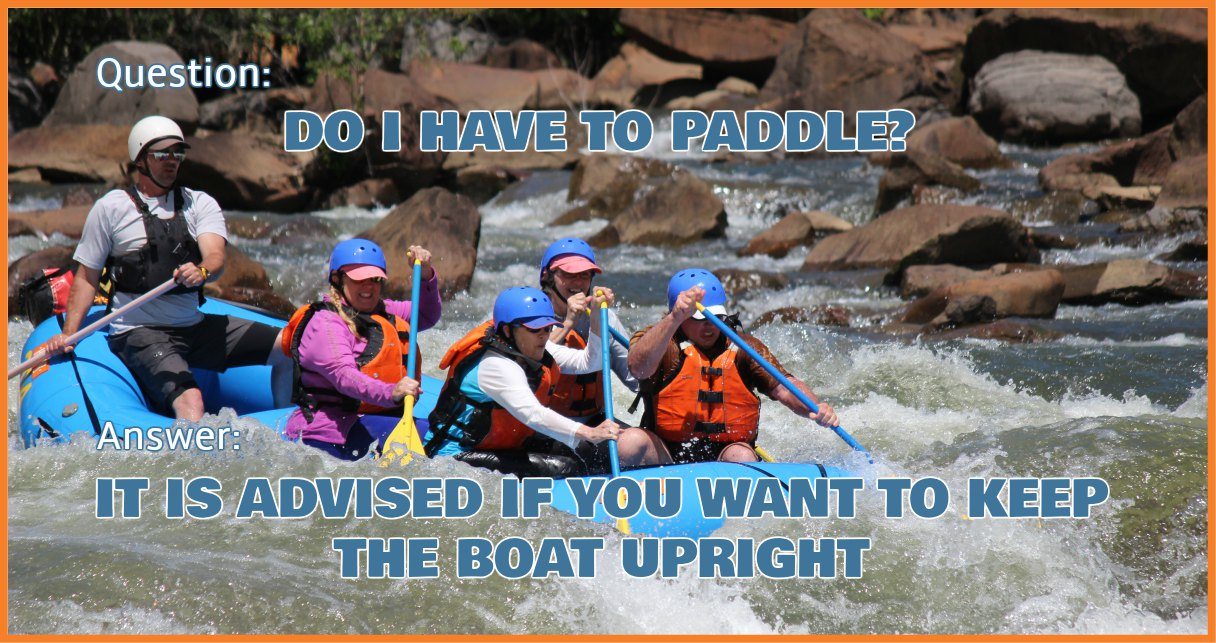 3. Do we go rafting if it is raining? 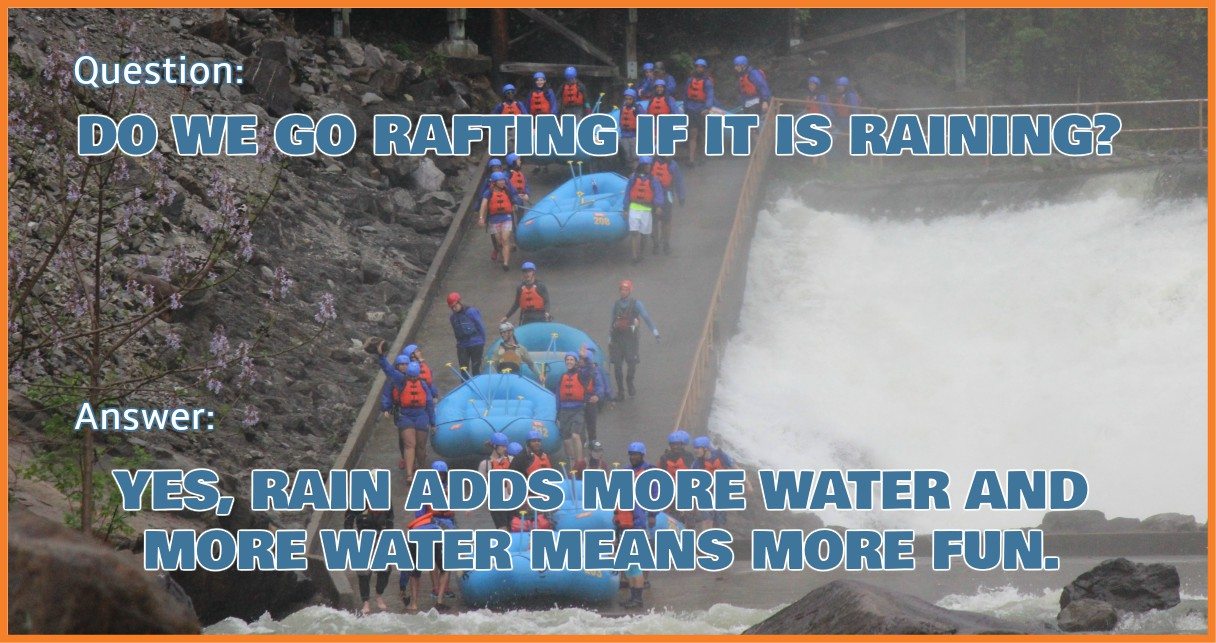 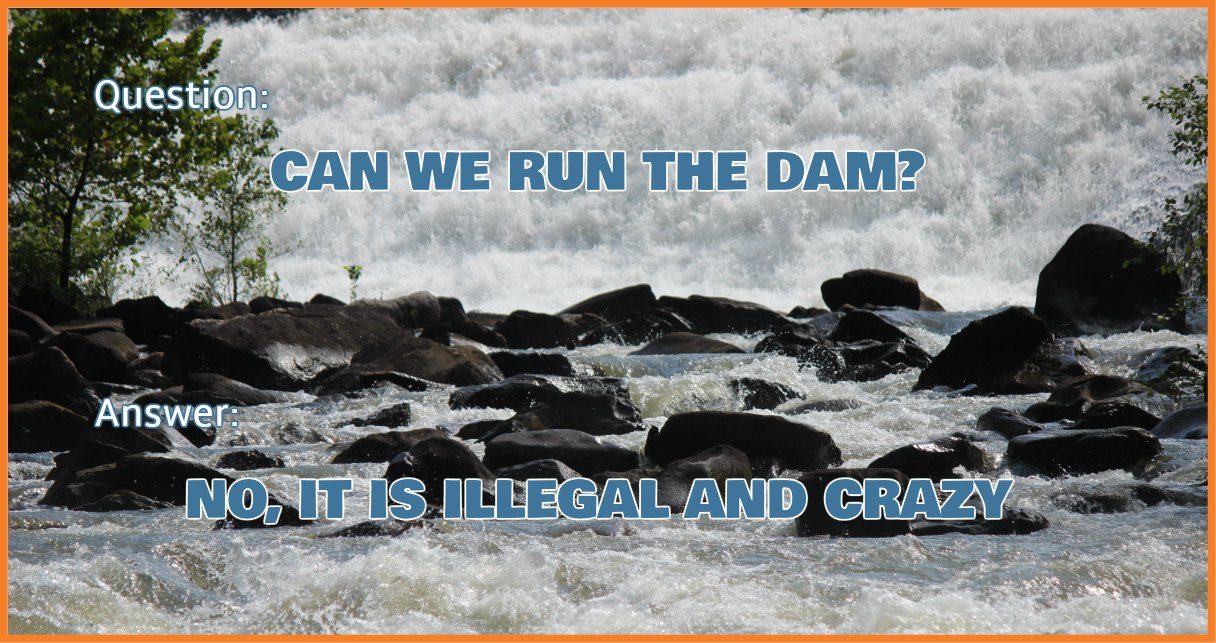 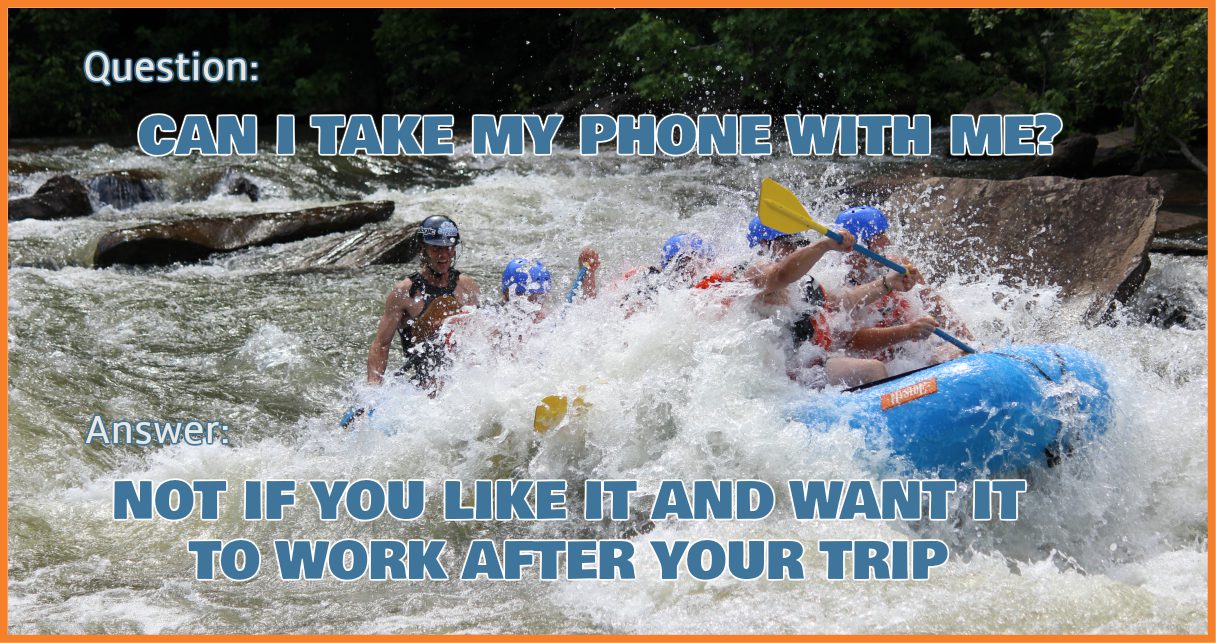 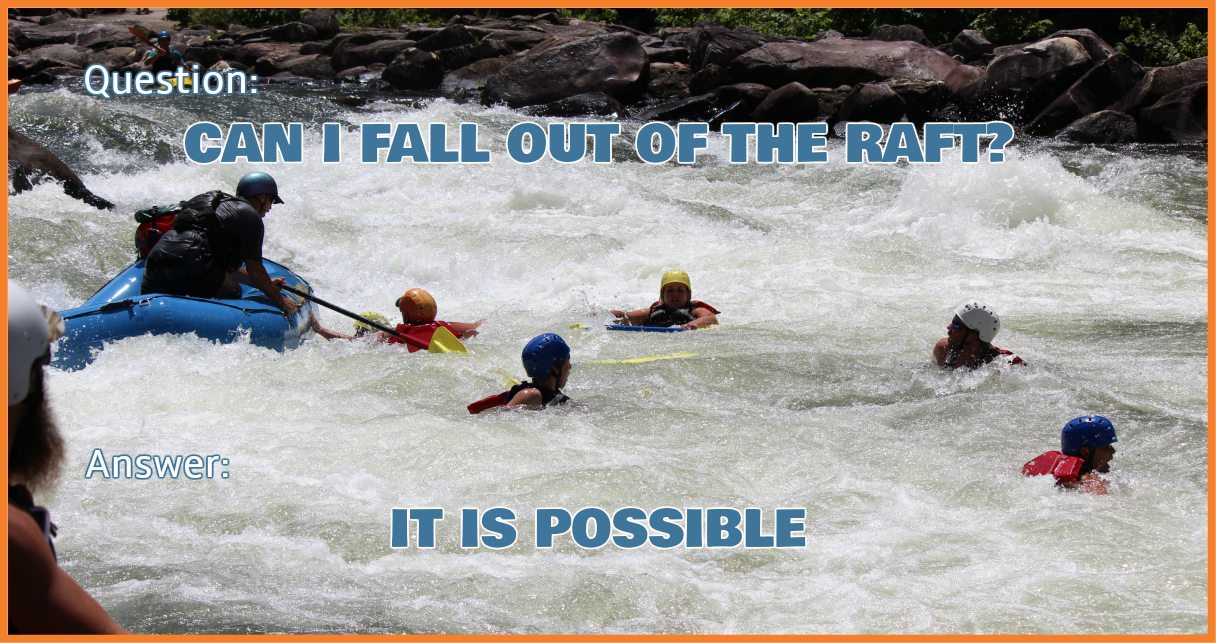 7. Does the river run in a circle? 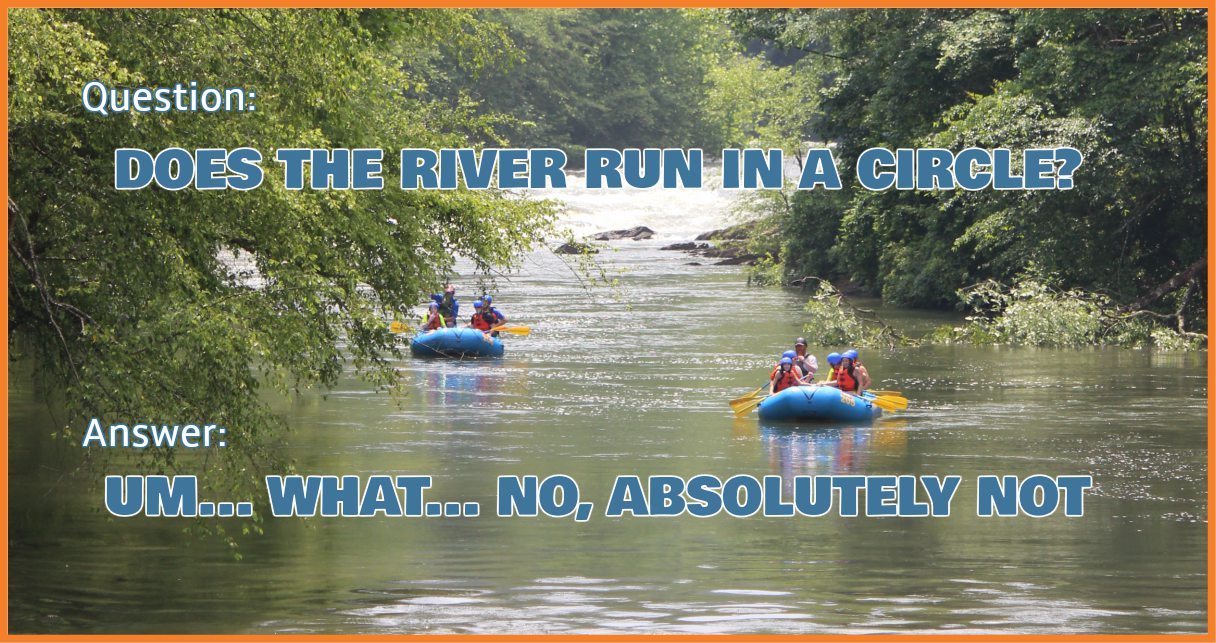 8. Do we have to wear a PFD (personal flotation device)? 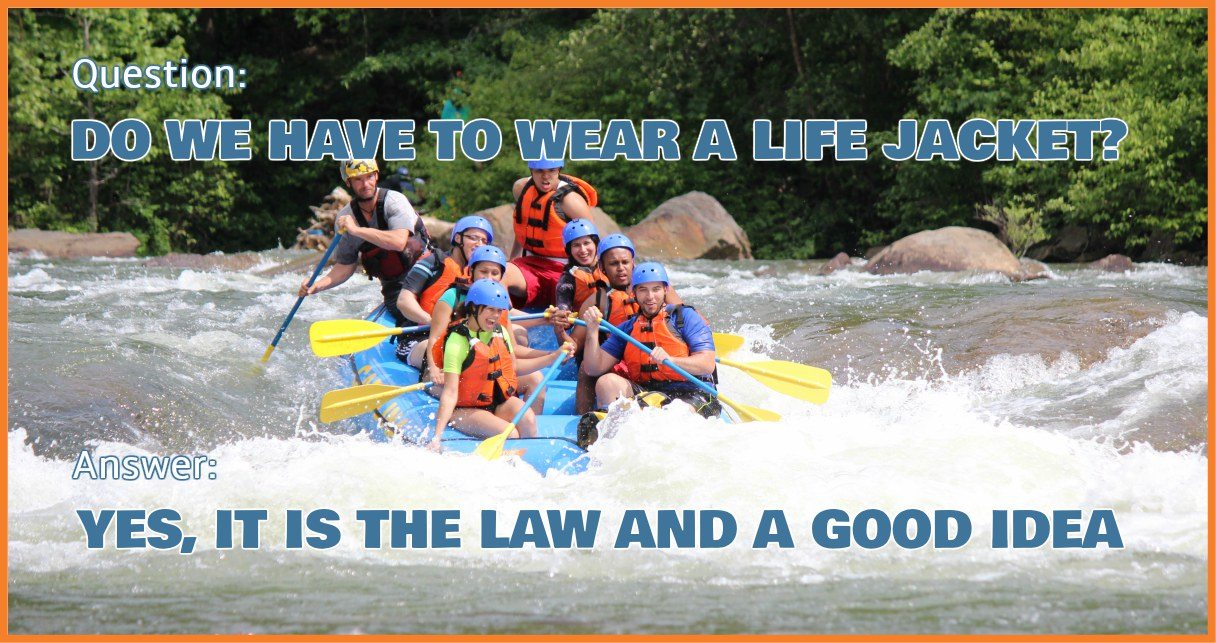 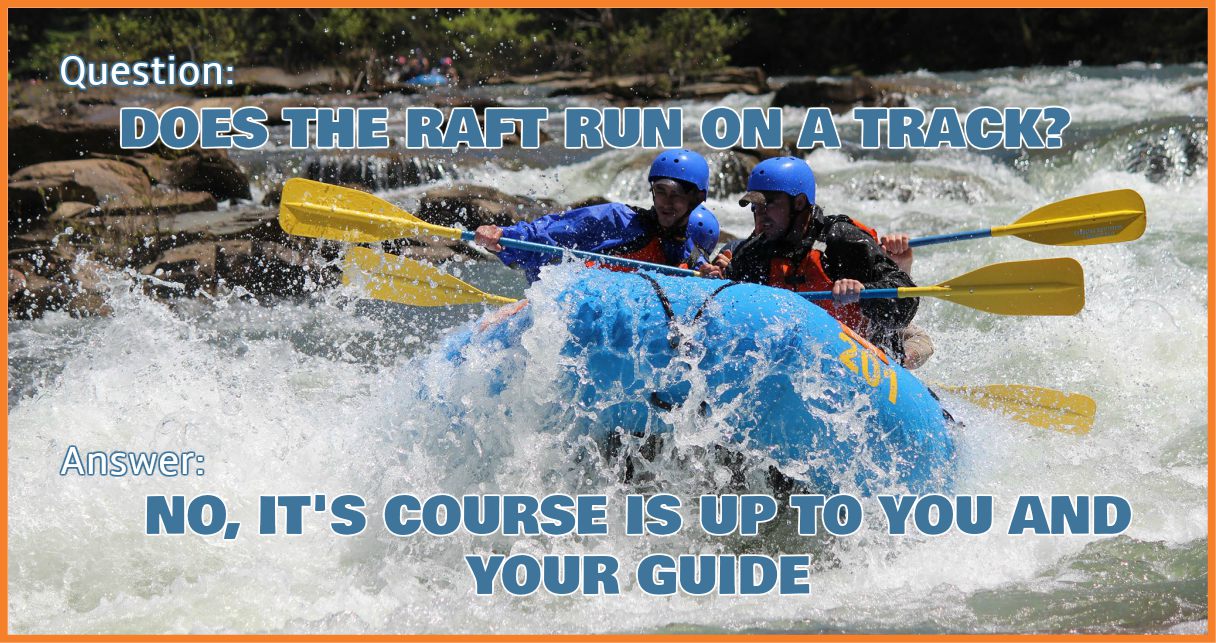 It can be hard to decide which white water river to go rafting on?

So, we put together this infographic comparing three of the south’s most popular dam released rivers to help you decide.

Which river do you think is best for you? 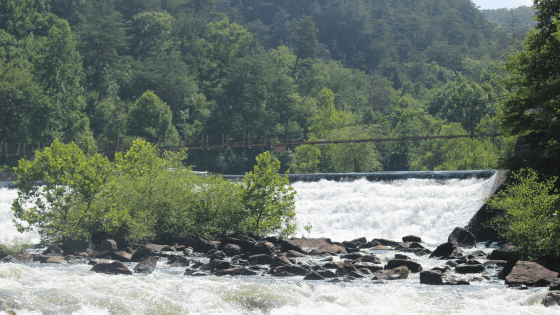 For the 93 miles that the Ocoee River flows the sections below Ocoee Dam #3 and Ocoee Dam #2 are the only parts of the river that have substantial whitewater rapids. There are most likely more rapids that where submerged by the creations of the lakes behind these dams.

2. The middle Ocoee River was dry until September 1976. 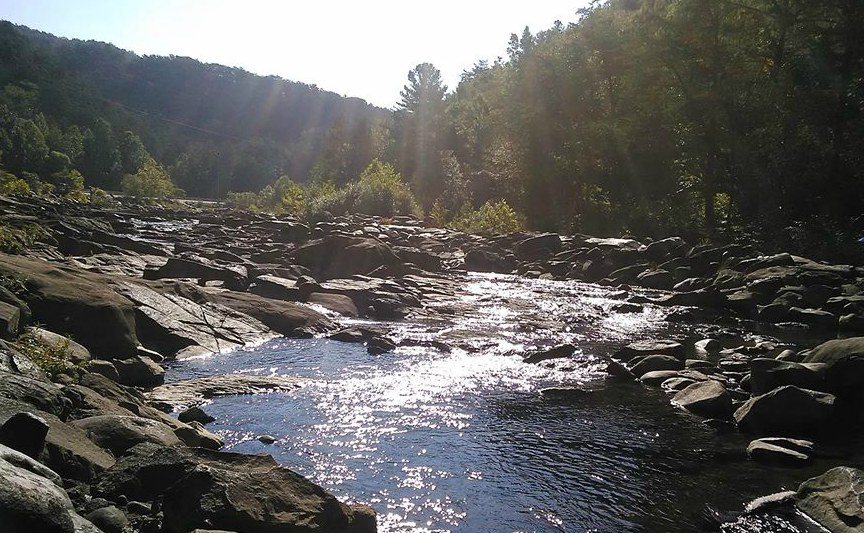 The the water on the middle section of the Ocoee River was diverted down a five mile wooden flume to a powerhouse down stream to make hydroelectric power. In September of 1976 a rock slide heavily damaged the flume line allowing water to consistently flow down the river bed for the first time since the Dam was constructed in 1913.

3. The Ocoee River is the only natural river used in a canoe and kayak Olympic games event. 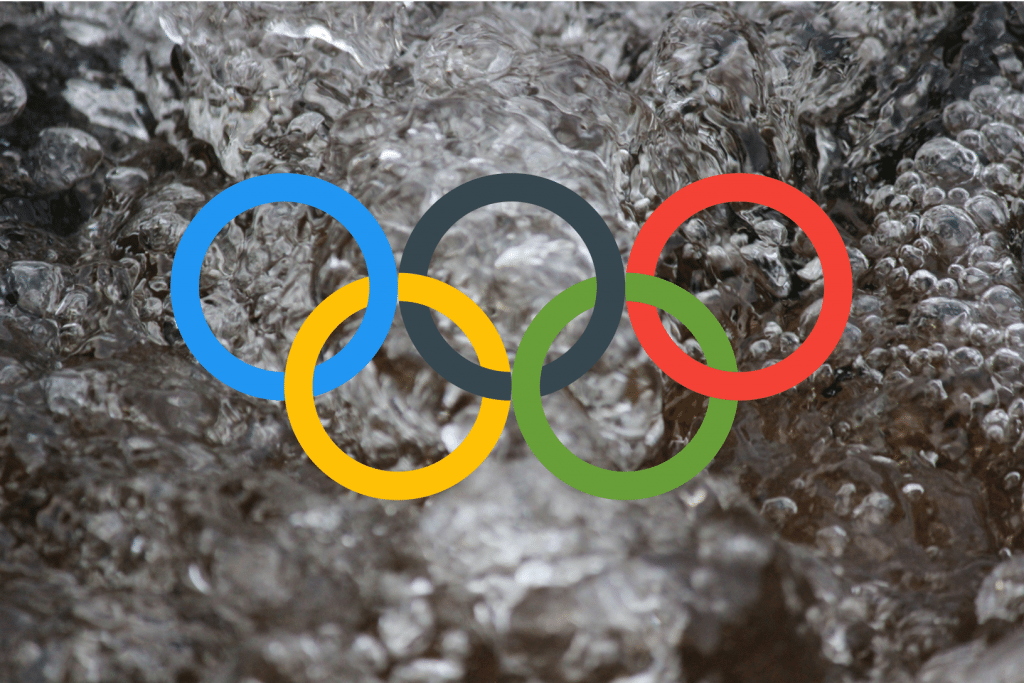 For the 1996 Olympic games in Atlanta, GA the Ocoee River was used to hold the whitewater canoe and kayak events. To make this possible a 1,640 foot section of the upper Ocoee was narrowed by two-thirds to increase the current and create eddies and drops. This section of the river offers one of the most exciting rides on the Ocoee River, highlighted by the last two rapids “Godzilla” and “Humongous” which are back to back.

4. The middle section of the Ocoee River is the most popular whitewater rafting in the country. 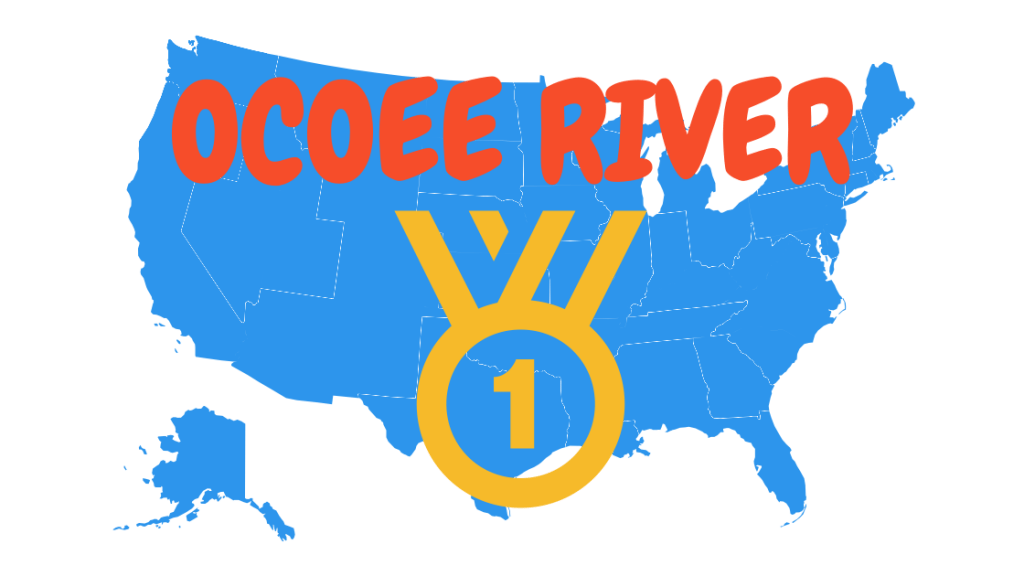 Consistently the middle section of the Ocoee River is floated by more people than any other whitewater river in the country. With over 200,000 commercial guests rafting, and 10,000 privately boating, the middle Ocoee provides a lot of enjoyment to a lot of people.

5. It took an act of congress to get water for white water rafting on the Ocoee. 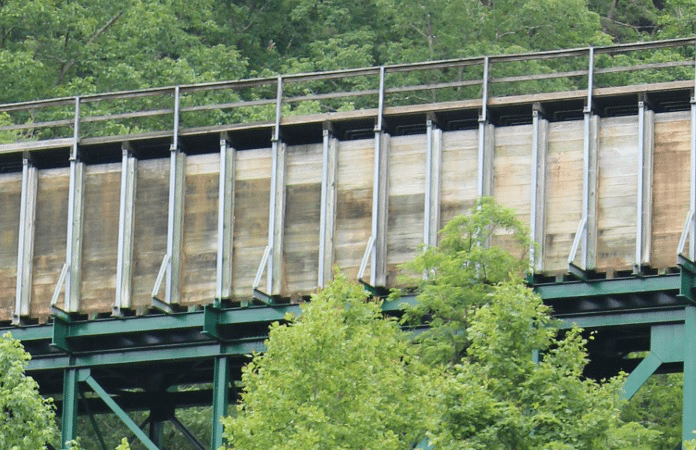 In 1983, the completion of the repaired flume line was getting ready to come back on line and water was set to disappear from the river bed once again. Congress acted to save the whitewater recreation that rose while the flume was being fixed. An agreement was negotiated to provide 116 days of water release for the next 35 years, with the outfitters paying a total cost recovery for all power lost to TVA. 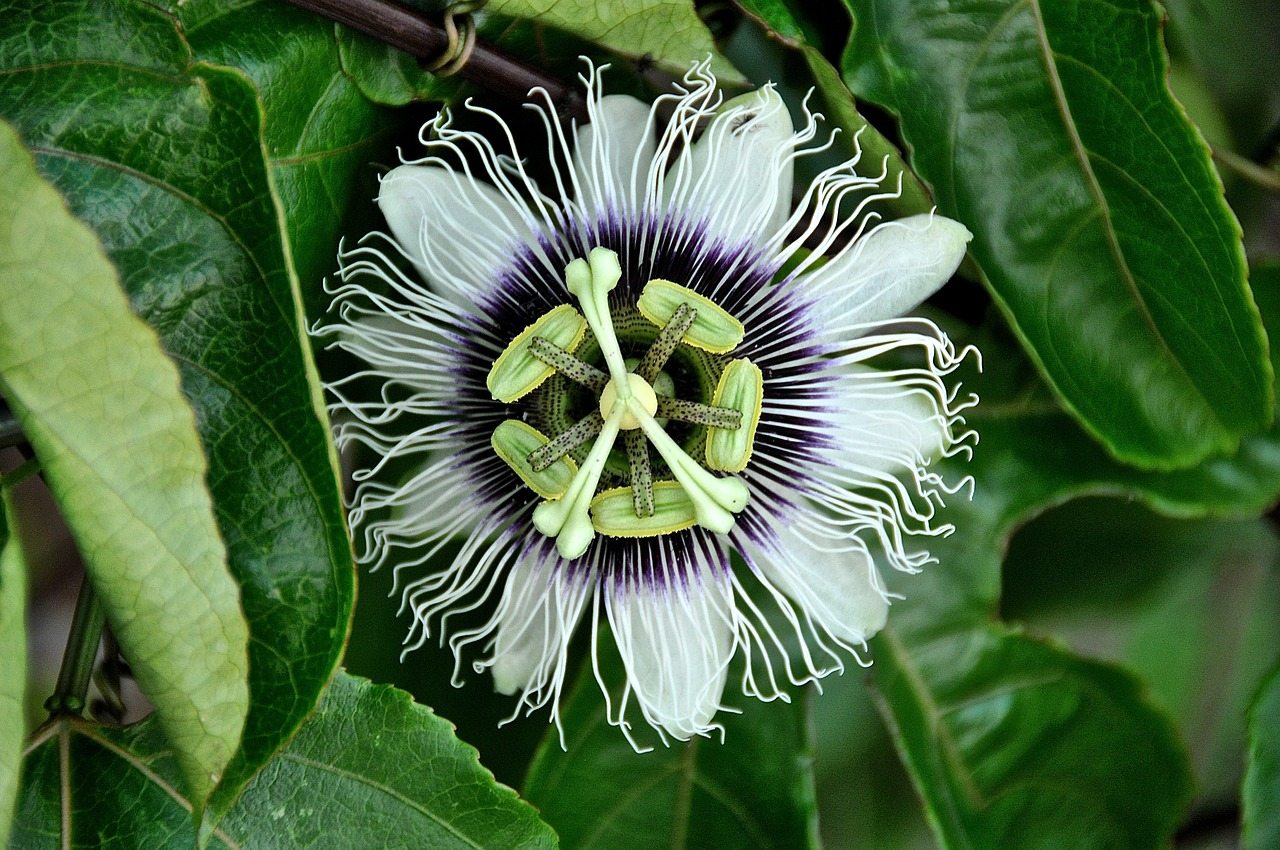 The word Ocoee is Cherokee for Passiflora incarnata which is commonly known as wild apricot or maypop. The Cherokee people knew the Ocoee River gorge as the “apricot place” for all the beautiful wild apricot vines that once grew there. 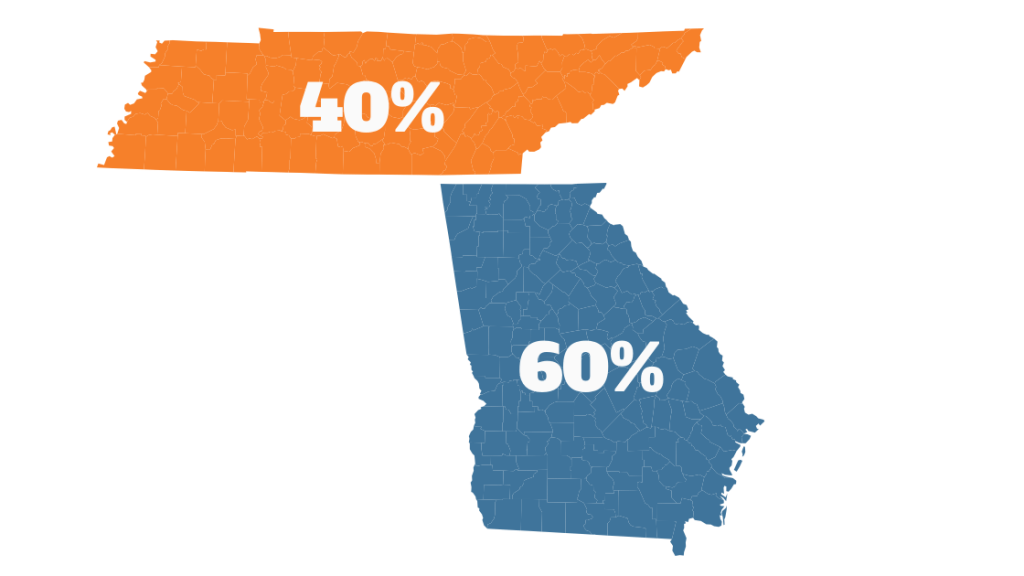 The Ocoee River is only known as the Ocoee for the 37 miles that it runs in Tennessee. The 56 miles of river in Georgia are named the Toccoa River. The Toccoa section of the river is quite calm giving way to activities like tubing and fishing.

8. From source to mouth the Ocoee River drops 1,370 feet in elevation. 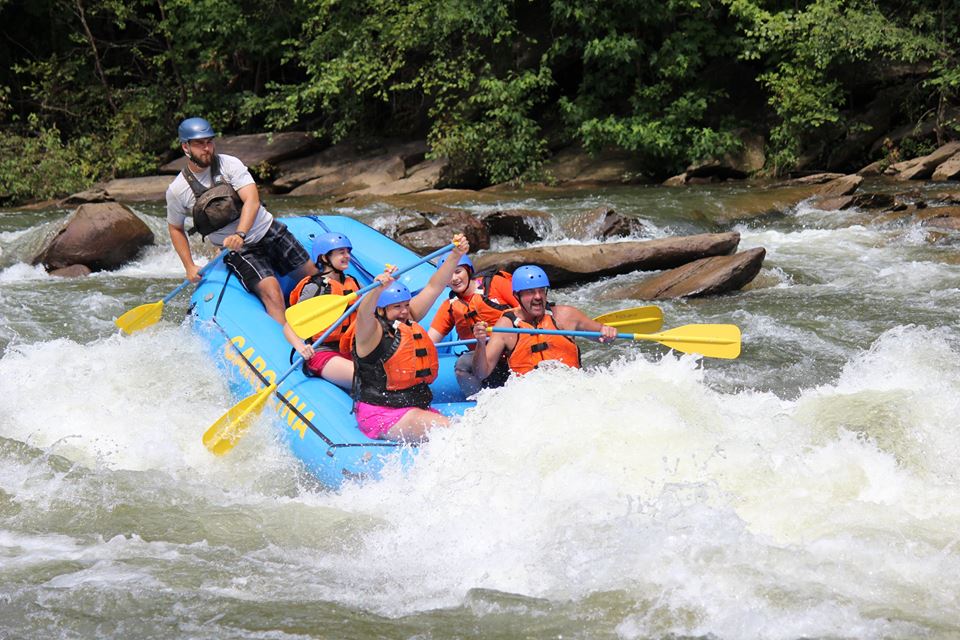 For the 93 miles that the Ocoee/Toccoa River flows from the confluence of Canada and Mauldin creeks to the Hiwassee River it drops from 2,120 ft of elevation to 750 feet. The upper Ocoee section has a average of 50 feet per mile drop for its five miles. 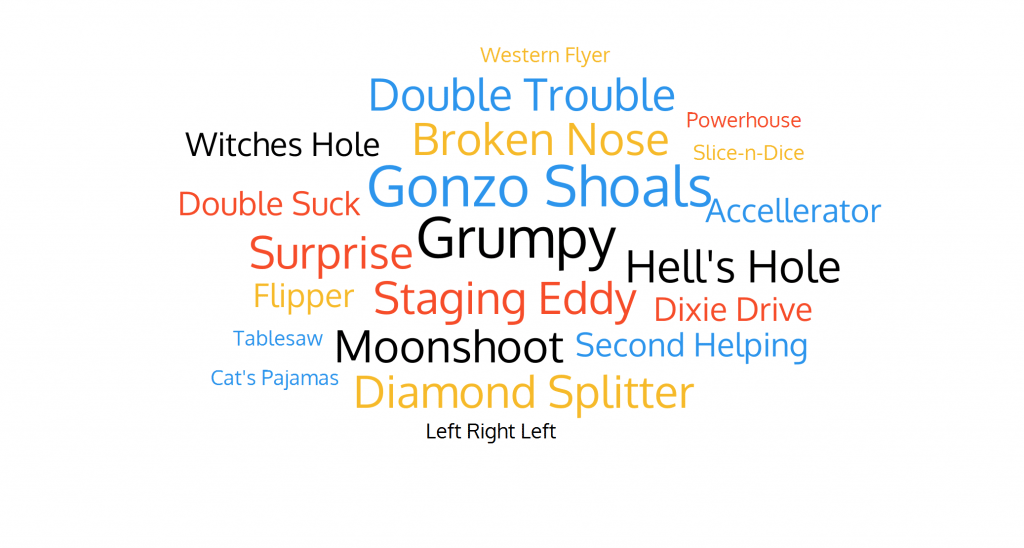 The current scale for rating rapids was created by a non-profit group called American Whitewater. According To their website the middle section of the Ocoee does not have any class IV rapids under normal water levels. They have “Broken Nose”,”Double Suck”and “Table Saw” rapids classified as class III+ and 15 other rapids rated as solid class III.

10. The Ocoee River is currently not scheduled to have a water release after the 2018 season.

The agreement between the outfitters and TVA is set to run out after the 2018 season. As of now an agreement is trying to be made so that there is a future past this point, it may take another act of congress. Please help us procure the Ocoee River past 2018 by visiting Save the Ocoee to see how you can help.