The Nantahala River is a family friendly river located in Western North Carolina. The crystal clear whitewater is a great choice for beginners and still exciting for experienced paddlers. The Nantahala River is the more scenic of our two rivers with breath taking scenery and tons of plant life, were something is almost always in bloom. From our fully guided trips to non-guided and funyak trips there is something for all levels. 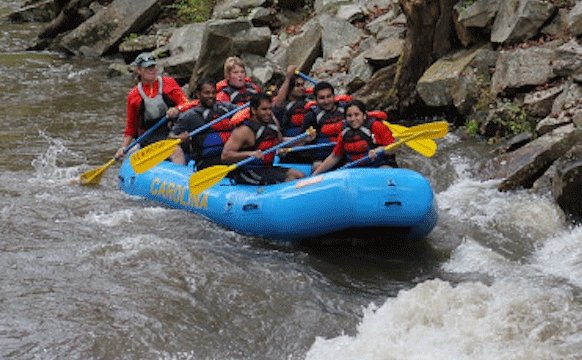 The best way to enjoy the beauty and scenery of the Nantahala Gorge. Our guides will ensuring that you hit every rapid and experience all that Nantahala river rafting has to offer. Read more… 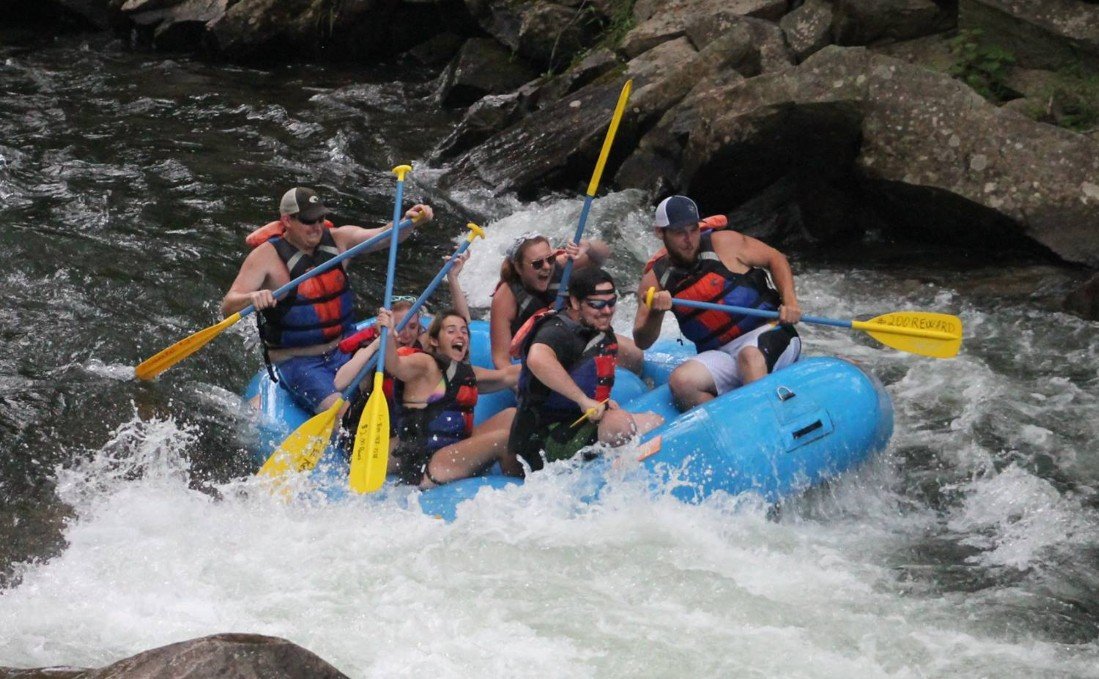 Nantahala river rafting where you are the captain. Experience the Nantahala on your terms and create an adventure all your own. We provide the gear, transportation, and instruction then set you on your way to fun.  Read more… 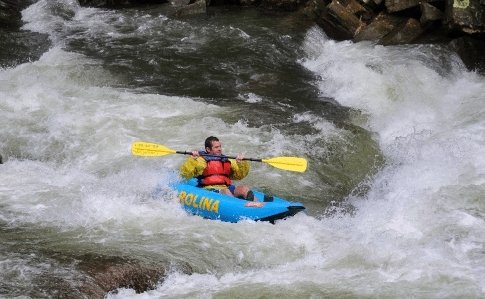 Looking for a bigger Nantahala river rafting adventure, then try our duckies. Our highly maneuverable duckies allow you to be in total control of you adventure. Our duckies come in both single and double models. Read more…

Nantahala River Rafting is a family friendly adventure located on the edge of the Great Smoky Mountain National Park in Western North Carolina. The clean, cool, and mellow whitewater of the Nantahala River is a great choice for beginners and families, with kids needing to be only 7 year old or 60lbs.

The Nantahala River flows through the bottom of the Nantahala Gorge in a temperate rain forest that gives way to breathtaking scenery and vegetation, where something is almost always in bloom. For 8 miles you will paddle through class I-II rapids preparing you for the only class III rapid at the very end, Nantahala Falls. There are no worries about water levels because the Nantahala River is dam controlled providing consistent reliable seven day a week water. The Nantahala Rafting season is one of the longest in the southeast going from the beginning of April through October.

The more adventurist Nantahala River rafter can choose between a Non-Guided trip or Ducky trip. These options allow you to be the captain of your own boat and in control of your own adventure.