A History of Copperhill, Tennessee

A History of Copperhill, Tennessee

Copperhill Tennessee is located in the southeast corner of the state.  It gets its name from the copper deposits found in the copper basin in 1843.

After the discovery of copper ore the rush was on.  More than 30 mining operations would spring up over the next few years. The mining companies used smelting to separate the copper from the rocks and cut timber to fuel the smelters. The resulting sulfuric acid(acid rain) and deforestation devastated the environment.  The copper basin became a barren man made dessert of red clay that covered thousand of acres.

However mining companies started collecting the sulfuric acid and restoration efforts began.  Thousands of new trees were planted and water quality standards were put into place. These efforts have paid off and the copper basin is once again a thriving forest that is home to diverse vegetation like the Ruth’s Golden Aster.  Wildlife has also returned and it’s not uncommon for visitors to spot deer or bear roaming the forest in search of native muscadine fruit. 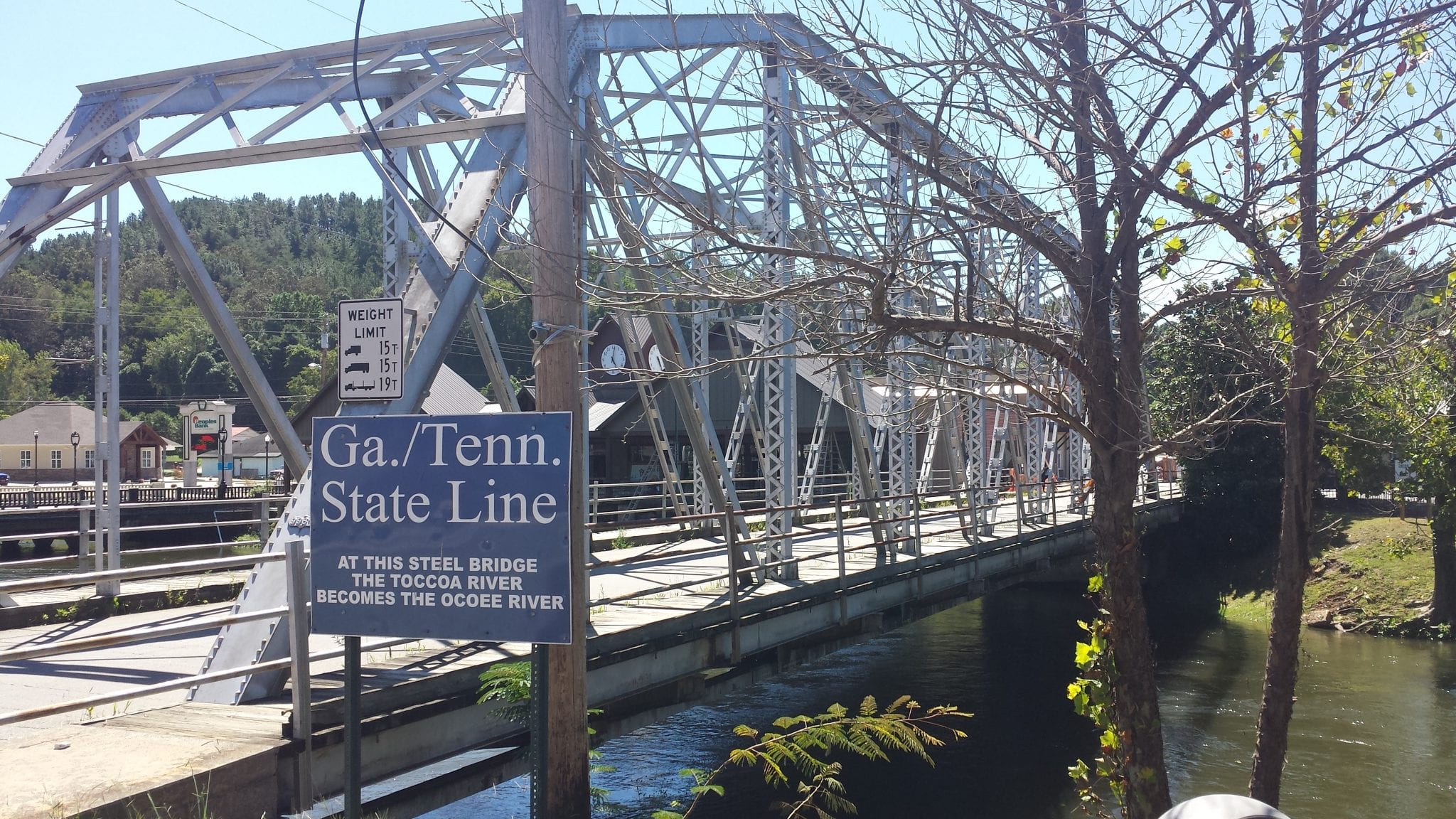 Today Copperhill still has its old mining town feel.  Old historic buildings echo a time gone by. Copperhill, TN and McCaysville, GA meet in the parking lot of the local IGA grocery store.  At times it can be hard to tell if your in Tennessee or Georgia. Many of the old buildings still bear the high water mark from a flood that covered the two towns in 1990.

The bridge in the center of town is also a curious sight.  The water going under the bridge is officially the Toccoa River, GA and the water coming out the other side is the Ocoee River, TN. #GreatPhotoOp

Copperhill, TN’s natural resources are once again in demand. Its proximity to the Ocoee River and its world class white water rafting make it a destination for adventure seekers.  A wealth of biking and hiking trails like the Benton MacKaye Trail and the Ocoee Whitewater Center are a great way to explore this beautiful area.

Copperhill is a small town loaded with history and packed for adventure.